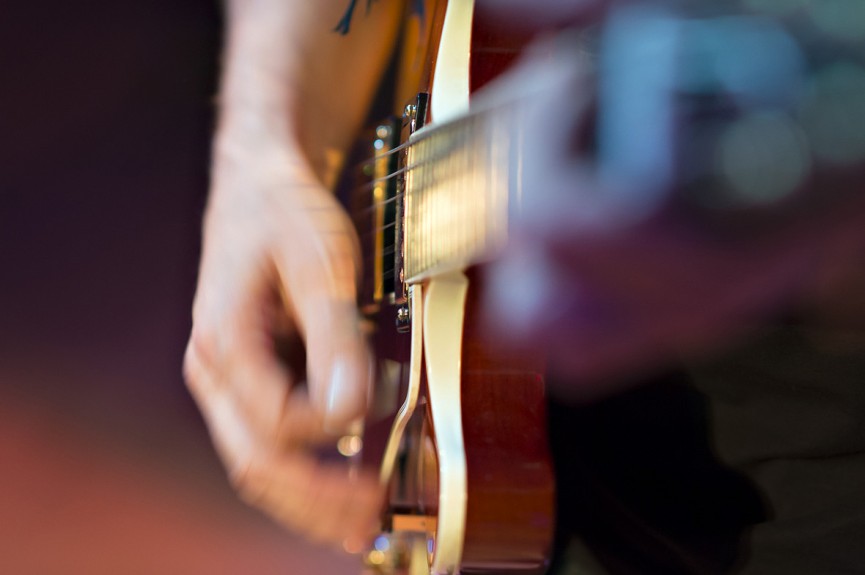 How far are you willing to go to become a better photographer? How many hours and money are you willing to spend to become one of the best? Photography can be an artform, but just as little as guitar plays itself, will a camera make images on its own. It is the artist that creates art and the musician that plays music. After having spent three days with two virtuosos on their instruments, I have received a veritable kick of inspiration, because there are many parallels between the world of making and playing music, to the world of photography of making and creating imagery. As photographers we need – as much as a musician – to master an “instrument”, in our case a camera. But how do you become proficient… truly masterful? Søren Reiff and Richard Smith are indeed virtuosos on their instruments. During the week Richard Smith gave a guest lecture at the Rythmic High School north of Copenhagen, and one of the young aspiring guitarist and musician asked the following question: “How did you become so good at playing the guitar?”

The answer may seem obvious: By practicing! But there is more to the question than may meet the eye. Because the follow-up question inevitably will be: How much? And here’s the answer: “As much that you,  unless you are driven by an unfathomable and insatiable passion and a desire burning so bright that you can think of nothing else, are unlikely to be willing to practice enough”. In this day and age where many – get a DSLR, photograph a bit and receive praise by family and friends – market themselves as photographers, it can be hard to navigate, who really wants to work seriously with photography and who merely likes to take pictures. Mind you… there is nothing reprehensible about liking to take pictures; I actually think it’s fantastic that so many loves doing that. We all have an inherent need to document our lives, and not all images need to be works of art. Even those of us, who make a living in photography, do not create art with every single image. Obviously we are often booked to document events, and other assignments have a strict commercial angle, but we also get to be more creative from time to time. If not we have to pay for the ability to play with new ideas, also known as personal projects.

There is nothing wrong in the fact that many fall in love with the dream (whether it is to play guitar, football or photograph). It is fantastic! But to avoid falling into an almost narcissistic perception of ones own abilities and desire, it may be healthy to go through a reality check. How far am I willing to go to become good… really good… to the thing that interests me?

Nick Baylis writes in his book “Learning from Wonderful Lives” about the so called 10,000 hour rule. The premise is rather simple, that it takes 10,000 hours of conscious and deliberate practice to become proficient at any given art or craft, in a way where you can truly talk about “mastering your craft”. This translates into almost 3 hours of practice, every day, for 365 days a year… for TEN years. Or it is the equivalent of working with something full time, eight hours a day… for FIVE years. Now THAT’S a lot of practice! Are you willing to take your dream this far? Richard Smith mentioned – in conjunction with the workshop – the story of the day he found out himself, that all he wanted to do was to play the guitar. It was as if someone had flipped a switch inside him. I feel exactly the same way about photography. I dream of the images I want to create and a think about them all day. I strive to create images every single day, practicing, trying out new techniques and methods. I spend countless hours analyzing my images, to watch classic- and modern art and on studying the work of great photographers. I am a ruthless critic of my own work, and I am never satisfied with the work I do. It is the last thing I think about before falling asleep, and the first thing I think about when I wake up.

If you are not TRULY passionate about photography, playing guitar or whatever else you have an interest in, you won’t have a snowballs chance in hell for going through what it take to actually be good enough to make a living from your craft. You will not want to invest the time it takes. The time required to become good enough.

Many people think that there are lots of exceptions to this, and some can make it on talent alone. However… a talent for something will not automatically make you successful. As little as investing 10,000 hours in practicing will make you a star. Those that TRULY shine in their field will have both the willingness to do whatever it takes (even 10,000 hours of practice or more) as well as a special talent or gift that makes them stand out above everyone else. To have been with Richard and Søren over the past three days have been amazing. Not only do they master their instruments. They have demonstrated a willingness to invest a lifetime to get to where they are. They are true virtuosos with their instruments, and then they have that special, that few will ever have: A special talent or gene that is required, to create music that touches your soul.

The video below was shot handheld with a single camera, and it wasn’t really planned. However… it gives you some insight into the music that Richard’s created, and the wonderful magic that happened, when these two virtuosos met.

For more information on Richard Smith and Søren Reiff: 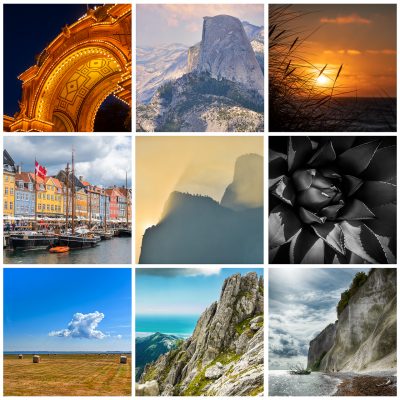 Translate this article to: